The sequel to King of Defense: Battle Frontier is King of Defense 2: Epic Tower Defense. New heroes, turrets, and invaders will debut in this sequel, which creates epic battles. The combination of turrets, which is the essential value of King of Defense, stays unchanged. In addition, heroes with excellent combat skills will aid in the defeat of the invaders.
The key to protecting the kingdom from aggressive monsters is strategy. Each must develop their own distinct and unique tactics to firmly defend the peaceful land.
Role-play as heroes in battles to gather power and awaken the potential within your heroes. Gather the necessary equipment, which includes spells, powers, techniques and tactics, to aid in preventing enemy attacks.
Go on adventures and explore the world of frozen lands, scorching deserts, land of the gods, and charming kingdoms hidden in the woods. All of those lands are waiting for you to arrive and defend them from the onslaught of ferocious monsters.
Let’s fight it out in King of Defense to become a legendary hero.
– FEATURES:
★ Stronger turret fusion with new turrets.
★ New heroes, who have been considerably enhanced and equipped with support items earned in battle to help them improve their skills.
★ Provide players with more game modes to choose from.
★ Many enemies with rich and unique abilities, as well as a wide range of attacks, pose a significant challenge to tower defense fans.
★ High-definition graphics and a lively soundtrack. 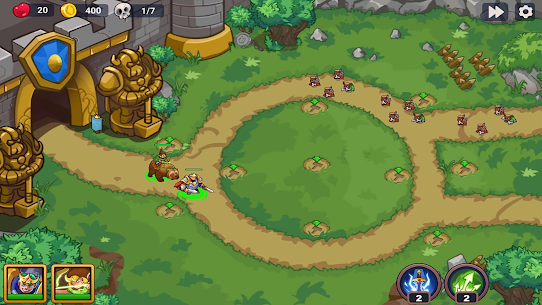 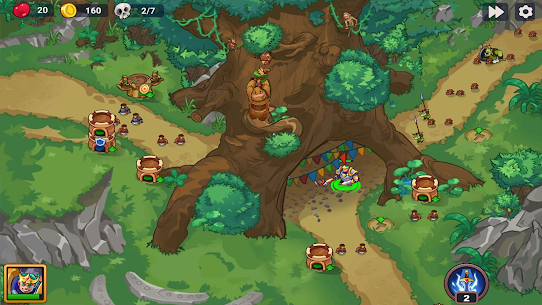